HomeBlogHistory of the Ray-Ban Wayfarer: Seven decades of staying power

History of the Ray-Ban Wayfarer: Seven decades of staying power

Wayfarer sunglasses came into the world nearly 70 years ago, but they’re nowhere near retirement age.

Born in 1954 at the dawn of the age of television, Wayfarers became a timeless fashion accessory in the rising celebrity culture of the late 20th century. Movie stars and politicians wore them. Rock musicians struck poses in them.

Sales waxed and waned over the decades, but through it all, the Ray-Ban Wayfarer survived and thrived on a simple, functional style that has become synonymous with cool. There would always be shades that served more specific purposes, from flying fighter jets to playing golf at the Masters, but Wayfarers declared that the wearer needed nothing more or less than their sunglasses.

Keep it basic, keep it cool. That’s what it means to wear the Wayfarer. The history of Wayfarer sunglasses, however, suggests it wasn’t always this way.

So, where did Wayfarers come from?

People have been finding ways to shade their eyes from the sun’s harsh glare for centuries. Modern sunglasses emerged with the rise of powered flight in the early 20th century in response to airplane pilots’ need for clear vision in the extreme sunlight above the clouds.

Indeed, that’s why Bausch + Lomb, an eyeglass lens manufacturer in Rochester, New York, introduced its classic Ray-Ban Aviator sunglasses in 1938. In the prosperous years after World War II, the company introduced a new kind of sunglasses made with all-plastic frames.

It was the Ray-Ban Wayfarer. Unveiled in 1952, Wayfarers had a simple horizontal bar across the top, rounded lenses and a distinctive flare in the upper corners. Many companies brought sunglasses to market in a spectrum of shapes and styles in the 1950s, but only one — the Wayfarer — became a fashion icon.

How did that happen? Most histories of the Wayfarer agree that it began in the mid-1950s with actor James Dean, who became a cinematic legend because of his distinct, intense acting style but died tragically in a car crash at age 24.

Dean wore Wayfarers in “Rebel Without a Cause,” a movie about a teenager who couldn’t stop getting into trouble and couldn’t figure out why. Though Dean’s character in “Rebel” was fraught with anxiety and alienation, he looked as cool as an autumn breeze in his Wayfarers.

It wasn’t long before more movie stars and celebrities started showing up with Wayfarers on screen and in publicity photographs, and many wore imitations that cashed in on the distinct Wayfarer vibe. Cary Grant, one of the great leading men of the classic cinema era, wore Wayfarer-style shades in “North by Northwest,” the tense Alfred Hitchcock thriller released in 1959.

Rocking and running (for office) in the 1960s

By this point, Wayfarers and their legions of imitators were evolving into a declaration of fashion sense. Any sunglass design could protect the eyes from the sun’s ultraviolet rays. But only one could do it in Wayfarer style.

As the 1960s counterculture rose to prominence on the strength of opposition to the Vietnam War, one of its most prominent musicians provided a publicity boost for the Wayfarer style. Bob Dylan, the singer-songwriter who became the voice of disaffected youth in the ’60s, wore sunglasses everywhere — in the recording studio, at press conferences, anyplace with bright lights. “Behind the Shades” was the title of a popular, respected Dylan biography.

Were those shades authentic Ray-Ban Wayfarers? That’s probably impossible to know all these decades later. But there’s no doubt that after Dylan, the Wayfarer style was here to stay.

Rock stars, celebrities and professional athletes of the late 1960s started wearing sunglasses in an amazing array of shapes and frames, from round to square to polygon shaped. Lens shades included pink, green, brown and many more. Frame materials included metal, plastic and a combination of the two. That abundance of options would cast a shadow on the Wayfarer for a decade.

The profusion of sunglass styles in the 1960s exploded in the 1970s when Elton John’s wildly imaginative shades took things to seemingly illogical extremes. Those years took their toll on Ray-Ban’s Wayfarer, whose sales had almost dried up by 1980.

Then “The Blues Brothers” showed up.

John Belushi and Dan Aykroyd, the comic pioneers of “Saturday Night Live,” introduced the characters of Jake and Elwood Blues on an SNL broadcast in 1978. Like many legendary blues performers, the Brothers Blue wore Wayfarer-style shades on stage.

In 1980, the movie “The Blues Brothers” became an instant comedy classic as Jake and Elwood’s manic “mission from God” paved a bluesy path of destruction, laughter and rocking rhythm (thank you, Aretha Franklin) through metropolitan Chicago, a blues mecca.

Soon, Ray-Ban’s Wayfarer sales were on the rebound — largely because the people at Ray-Ban hired a marketing specialist called Unique Product Placement to encourage movie and TV producers to insert Wayfarers and other consumer goodies into films, sitcoms and any other place millions of people might see them.

That investment drew speedy returns. By 1983, Tom Cruise’s role as an adolescent flesh-peddler in “Risky Business” included the trademark Wayfarer style. Ray-Ban sold 360,000 Wayfarer frames that year, up from 20,000 in 1980.

By 1985, Wayfarers had shown up in the TV show “Miami Vice” and the lyrics of Don Henley’s hit single “Boys of Summer.” Ray-Ban’s Wayfarer sales surged to 1.5 million frames annually.

In 1989, King of Pop Michael Jackson donned Wayfarers in his worldwide “Bad” tour. And good things happened to Wayfarers, Ray-Ban and their inventor, Bausch + Lomb. Luxottica, the international eyewear giant, bought the Ray-Ban brand for $640 million.

After the millennium: New looks for a classic design

Ray-Ban brought out a new look for the Wayfarer in 2002. They were smaller and more rounded off. Frames used injection-molded plastic, unlike the acetate of previous years.

In 2006, Ray-Ban again turned to pop stars to energize the Wayfarer product line. Rock luminaries like James Murphy of LCD Soundsystem, Bobby Gillespie of Primal Scream, and Johnny Marr of The Smiths started showing up in the work of famed photographer Mick Rock.

Today’s Wayfarers are lighter and more comfortable than those of the early years. Frames and lenses come in a kaleidoscope of colors, shapes and materials.

As long as people crave the simple charm of sunglasses that make a stylish statement without shouting or drawing too much attention to themselves, the Wayfarer will find willing buyers.

That’s one thing about classic, universal appeal: It doesn’t have an expiration date. 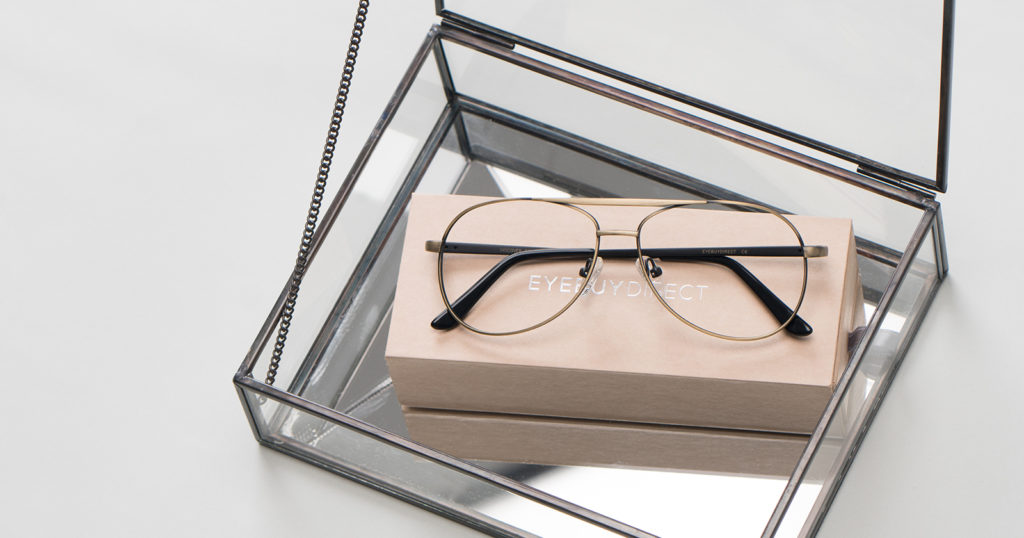 Tips for keeping your contacts and glasses clean and clear 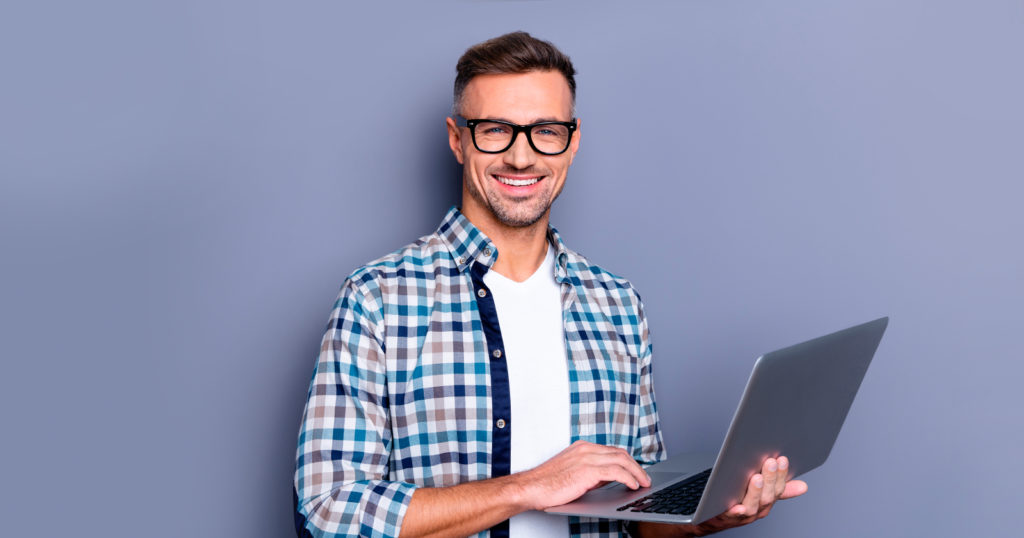 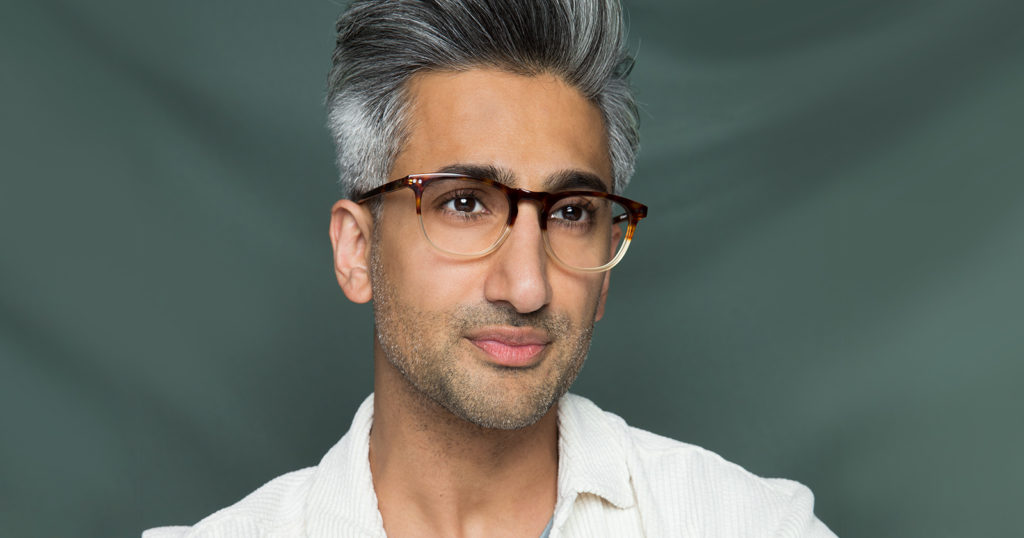