HomeBlogWhy Are Carrots Good for Your Eyes?

Why Are Carrots Good for Your Eyes?

“Why are carrots good for your eyes? I don’t know, but eat them up anyways!”

How many times did you hear that growing up? Let’s face it—it can be hard to entice children, and even some adults, to eat their vegetables, and carrots are often Undesirable No. 1. For adults it’s easy, just add some hummus and you’ve hushed the majority of the griping. However, selling the idea hummus to a kid can be a bit of an arduous task. But wait, did you say night vision? Sign me up! 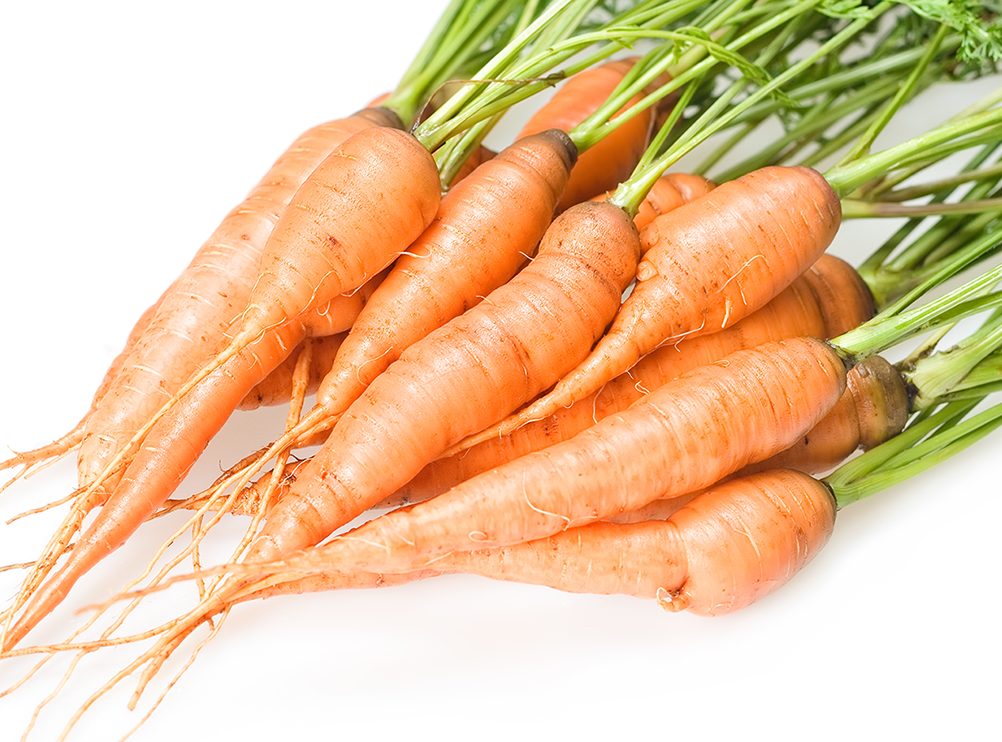 A couple years ago we posted some recipes touting good eye health and led off with a reference to this well-known legend. But where does it come from? Is it true? Had grandma and mom been lying to us all these years? Well… yes, but there’s a good chance Oma didn’t suspect she was lying to us, and in fact, thought she thought she was telling the truth. There’s no question whether or not carrots can help you have healthier eyes (via Snopes), but there’s no evidence that Vitamin A helps one see in the dark. Except there is… 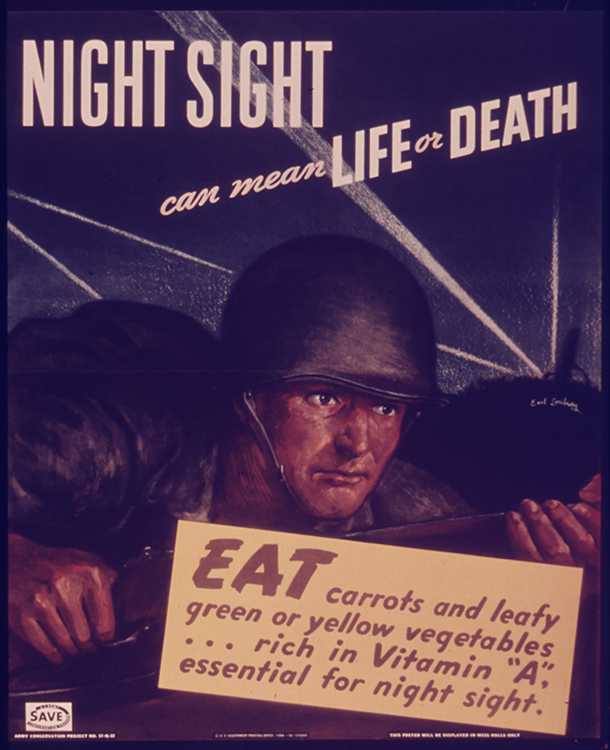 This is a World War II poster created by Great Britain. A quick search will give you articles from not only Snopes, but also the Smithsonian, giving an explanation as to where this myth possibly stemmed from. In short, Great Britain had developed a radar system for detecting German aircraft, which often conducted raids during the night. Thus, this campaign was born to keep German intelligence from becoming too suspicious. British counter-intelligence hoped these posters would prove to be a red herring for the enemy since they were unaware of Royal Air Force’s technological advances. The exact success of this counter-intelligence operation is unknown, but this effort did have a direct effect over the British themselves. Citizens came to believe their own country’s propaganda and thought carrots would help improve their night vision, especially during a blackout.

Even back then, everyday civilians knew why are carrots good for your eyes. Part of the reason why this had successfully stuck came from a much better-known campaign: Victory Gardens. Grow your own and save more for the troops! Carrots, being an easy crop to grow, became a staple of victory gardens. Their prevalence added to the propaganda most likely resulted in the spread of this legend.

Grow- your-own and save more for the troops! Carrots, being an easy crop to grow, became a staple of victory gardens. Their prevalence added with this propaganda most likely resulted in the spread of this legend.

So yes, the beta-carotene found in carrots and leafy greens is good for eye health. But sadly, it will not give you the upper hand while playing Night Crawlers. 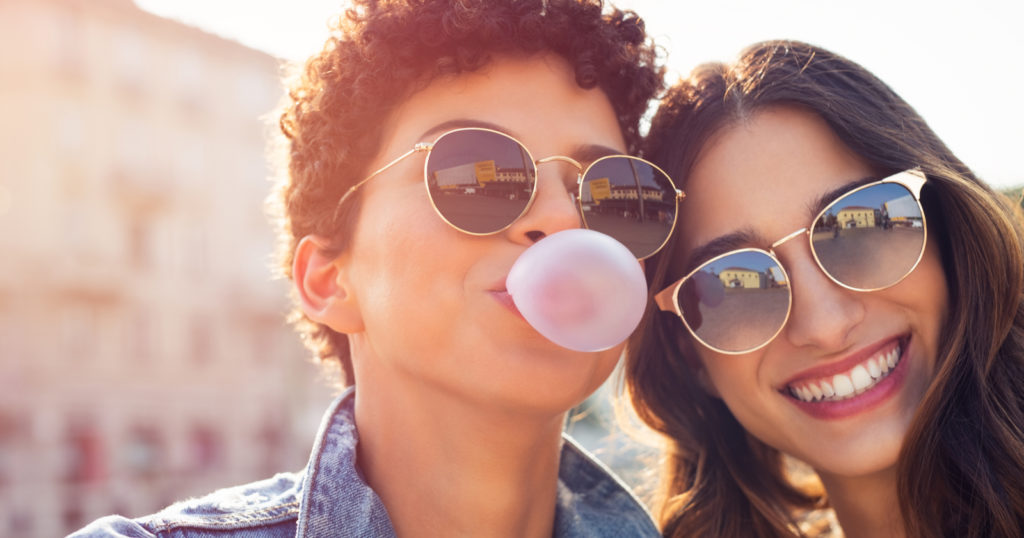 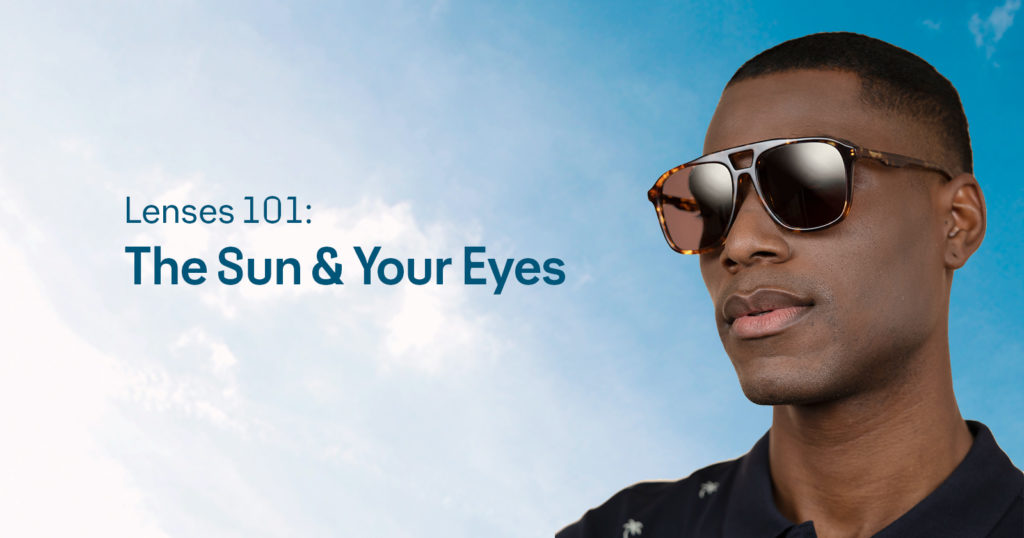 How to protect eyes from UV light 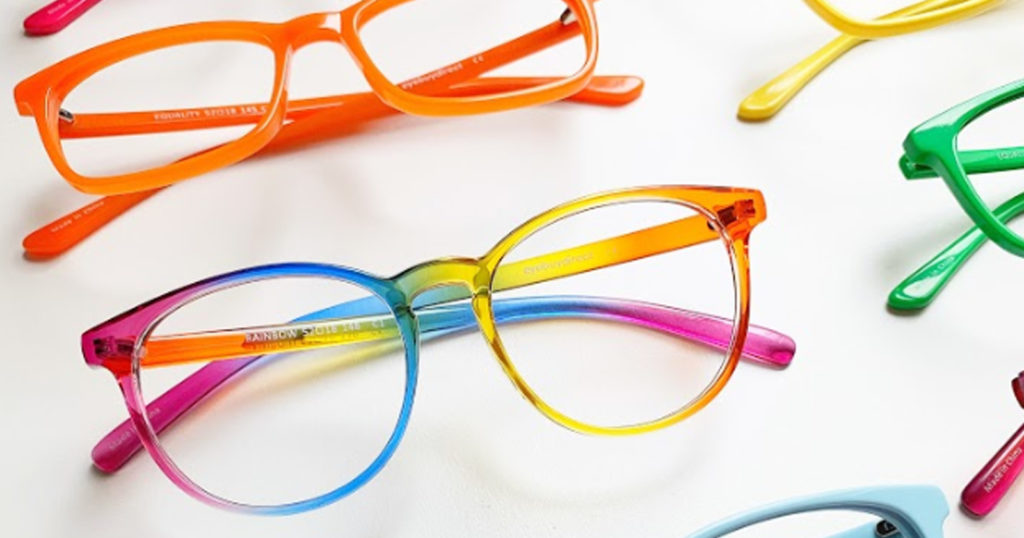